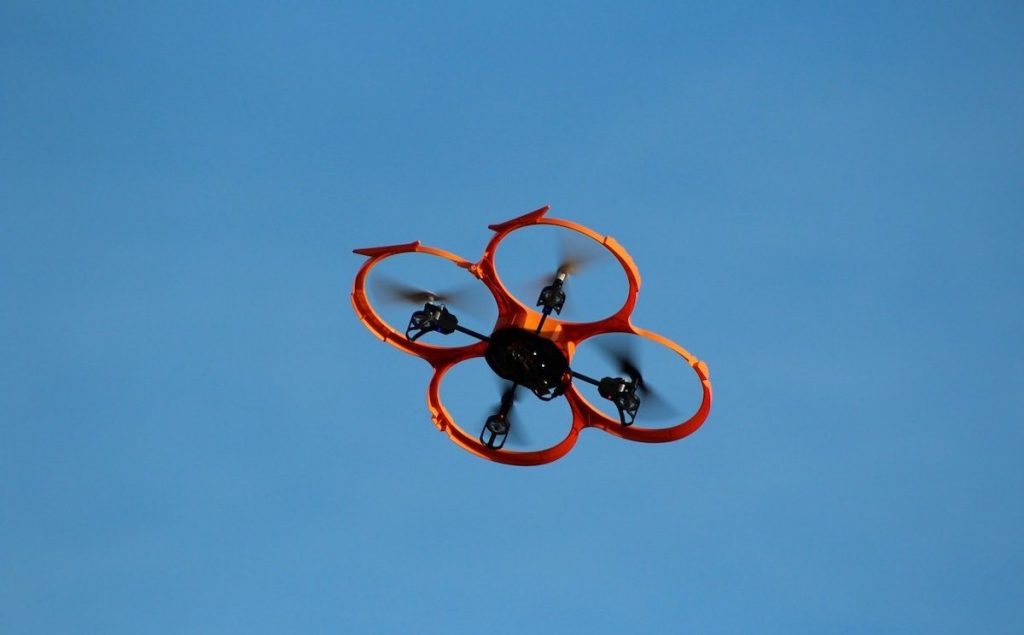 As a drone pilot, I personally like owning and flying many different types of drones. So, I decided to test seven of the most popular micro quadcopters currently available on the market so you don’t have to.

Though it was a close call between a few of the drones, and they all had individual features I really liked, the Potensic A20 was the best Micro Drone Quadcopter in my opinion.

I’ve been flying drones for several years now and the A20 just seemed to tick pretty much every one of my requirements. It’s a great combination of price, size, and the number of features offered. It also looks pretty cool too.

Read on to find out more about why I picked the A20, and what I thought about the other drones I tested for this review.

The Syma X20 Mini Drone is a great micro drone with a decent amount of features to keep both kids and adults like me entertained. Its design ensures there’ll be no injured fingers on propellors and it also protects the drone to some extent if you have a couple of crash landings ( I hit a couple of walls).

Features include headless flying, one-key takeoff/landing, altitude hold, and the ability to do 360-degree flips.

It comes with a couple of spare batteries and you’ll get around 5 minutes of flight time out of each one. It took around 50 minutes for me to recharge using the USB charger cable included. The controller takes 4 AAA batteries which aren’t included so I recommend buying a bunch when you get the drone if you don’t have any already.

One thing I did experience was that I did have to keep re-syncing the controller after landing. .

Out of all the drones I reviewed for this article, the Potensic A20 seemed to have that slight competitive edge over the others.

I liked that there were three-speed settings, it makes the drone ideal for newbie pilots and helps introduce you to the mechanics of the drone.

It came with three batteries which each gave me just over five minutes of flying time and I could recharge them in around 30-40 minutes. The warning beep was a handy feature to let me know when the battery was low, but I wasn’t flying the drone particularly far. Nevertheless, it prompted me to do a safe landing.

What really impressed me was the take-off of this drone. The launch is incredibly smooth and comparable with the high-end drones I’ve used.

At just 3.5”x3.1”x1.25”, it’s perfectly pocket-sized and portable. Features include altitude lock. 3d flips and headless flying mode.  For the price, it’s the perfect introductory toy drone for both kids and adults new to flying.

One of my favorite features of the Dwi Dowellin is the cool LED lights on the rubber propellor guards.

Like many of the other drones, I reviewed the Dowellin has three different speed settings, altitude hold, and headless flying mode.

The charging time was longer than the other micro drones I got to test and took about one hour. Plus it only came with two batteries when others I used came with three.

There’s no denying that this micro drone is one of the cooler-looking drones and aesthetically it was my favorite. The LED lights were fun and we even took some light trail photos with them in the dark.

Out of all the drones I had the opportunity to test, this one had the best battery life; I got around 9 minutes per battery. But it would’ve been nice to have three batteries instead of two.

It also only had two-speed options whereas you can get three for a similar price on other models. It did still have some of the other features we’ve seen on its competitors though like flips and headless mode and it measured 5.5”x5.5”.

The Holystone HS170 Predator is a high-quality micro drone that almost looks like a helicopter in design and measures 5.32”x5.32”x1.58”

It does have a wind-resistant feature making it great for flying outside in optimal conditions but I wouldn’t take it out in anything more than a light breeze.

The biggest letdown of this drone can sometimes be its stability, though I do have a solution. I personally didn’t have any stability issues once the drone was correctly calibrated, but a little online research found that some people weren’t and were experiencing issues. So you’ll likely need to calibrate the drone if you do purchase and even consider trimming it for perfect takeoff, landing, and flying.

Once in the air, you can operate it at three different speeds, fly headless, and do flips thanks to the 6 axis gyro.

I got a pretty standard seven minutes of battery life from this drone and think it’s a great choice for older kids and adults wanting to learn how to maneuver something a little bigger than your standard micro drone.

I wanted to be as fair as I could when testing all of these drones so I put together a buying guide to help myself, and you assess what features you should be looking for in your micro drone.

I wanted to start with price because when you’re buying a micro drone, you want to make sure you’re getting the best value for money which is why I think that you shouldn’t really be spending more than a hundred bucks on a micro drone. Most decent micro drones will cost you around $30-$60.

Is this because they’re not good quality?

It’s because they are what they are. If you’re looking for something bigger, faster, something with a camera perhaps, then a micro drone isn’t really for you. Micro drones are pocket-sized playful drones that you can fly inside and have a fun afternoon with. If you want something more high-tech, consider the mini drone market.

One of the defining characteristics of a micro drone is its size.

They’re going to be lightweight and portable and likely just fit in your pocket if you want to take it outside or fly it at a friend’s. Some micro drones are bigger than others, but I do recommend sticking on the smaller side as you can fly the drone comfortably inside the house. If you purchase a micro drone that’s too big, you won’t be able to fly it inside, and you’ll struggle to fly it outside because it still won’t be big enough to handle the elements.

Whether it’s a micro drone mini drone or a commercial-sized thing. A question on everyone’s hands is always going to be speed.

What’s my recommendation for micro drones?

Well, this depends on the end-user. Do you want something that’s super fast? Are you buying it as a present for a child? Or is it for you to learn how to maneuver a drone?

Remember that you’re going to want to buy something that you can fly indoors because if you go outside with a micro drone on a windy day you’re not going to get anywhere. A micro-drone that has control settings for the speed is always a good buy as you can start slow and increase the speed the more you get used to it.

If you’re buying a micro drone, they’re the perfect type of drone for learners. Their size and weight can make them sometimes difficult to control and they love to flip and crash land into your sofa, garden furniture, or fence.

What this is good for though, is mastering the art of maneuverability. Larger, more technical drones will come with built-in stabilizers and GPS technology which makes them far easier to fly. So, if you get good at flying a micro drone, you’ll pretty much be a pro with a higher spec drone.

Micro drones are essentially a toy. They’re designed to be played around with and crashed more often than you’d want to crash a Mavic Pro 2 or an Evo II. This is why there’s such a huge difference in price between these types of drones and drones that have cameras for example.

There are, however, some exceptions to the rule, which you can see in the reviews section. I picked out the drone I thought was the most durable and that had a cool design too.

Microdrones are small and as such only have room for small batteries meaning that they’ll usually last only a few minutes. 5-10 minutes is the average so if you get anything above that, it’s a pretty good buy. From this, you’ll likely have a range of around 50-60m and it’ll make for an entertaining obstacle course route in your front room.

Conclusion: My choice for the best micro drone

Based on the above buying guide, I feel the Potensic A20 has the best features for its price and therefore is the best micro drone currently available to buy right now. It’s available on Amazon and you can click here to see the latest prices.

Let me know if you decide to buy it, or another drone in this review and share your experience!