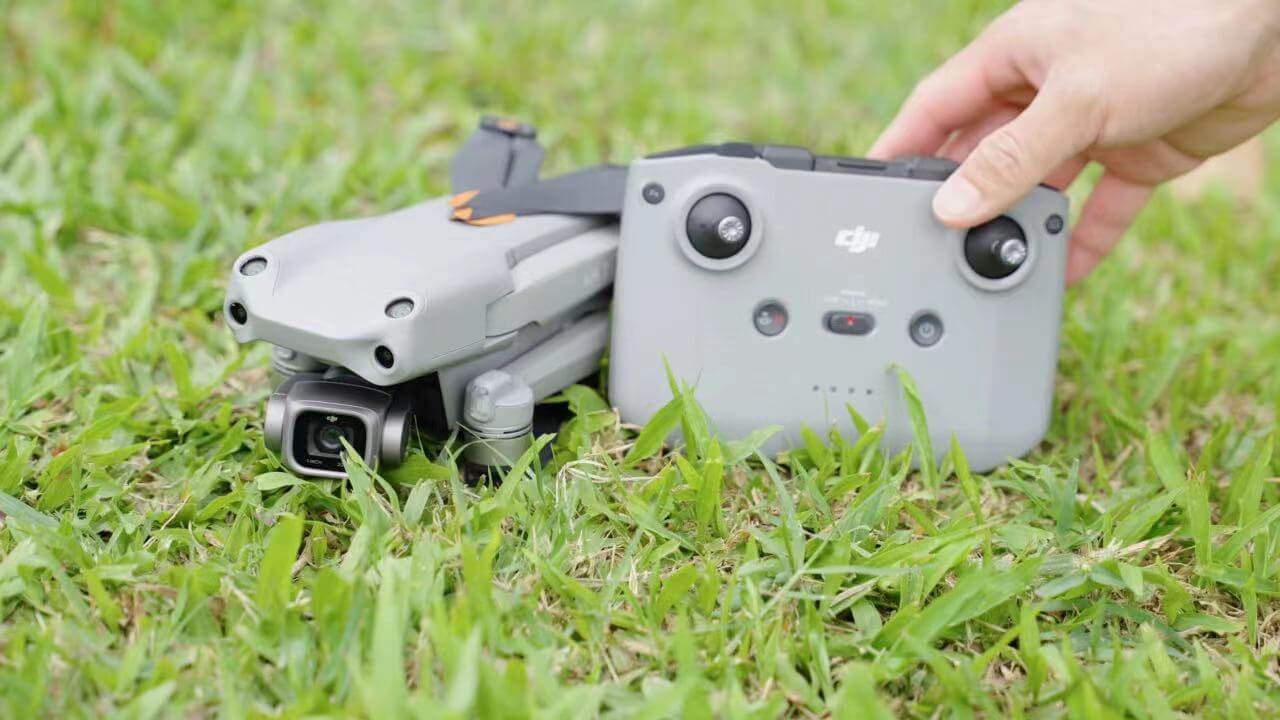 DJI launched its highly anticipated DJI Air 2S only one year after the previous version.

But how does the new DJI Air 2S compare to the Mavic Air 2?

Described by the team at DJI as the ‘All-in-One’ drone, does it really live up to its name?

Well, upon initial inspection, it does. Unboxing is great, it’s a sleek design and looks pretty much identical to the Mavic Air 2. It looks like a good upgrade to the Mavic Air 2, and still a lot cheaper than the more expensive, professional-level, Mavic 2.

So, read on to find out more about how these two drones did when we placed them head to head. Hopefully, by the end of this article, you’ll have clarity about which one to buy. 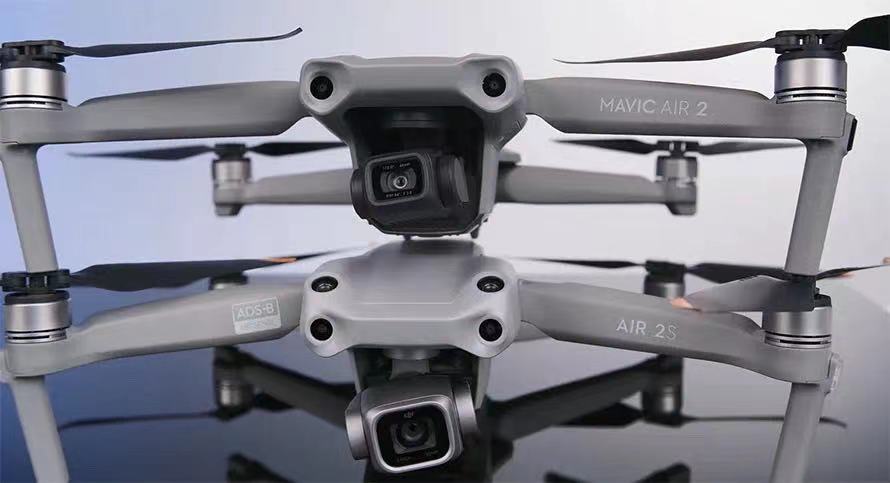 Portability is important for me when it comes to drones because I like to travel around a lot. The DJI Air 2S weighs 595g, while the Mavic Air 2 is 25g lighter at 570g. When folded and unfolded they’re pretty much identical in size; the Air 2S is just 3mm higher than the Mavic Air 2 and that’s the only difference.

The flight time is slightly longer on the Mavic Air 2 than it is on the DJI Air 2S. You’ll get 31 minutes per battery on the Air 2S, but Up to 34 minutes on the Mavic Air 2. So as you can see, there’s not much in it, and these times are the absolute max in windless conditions. So, I’d probably consider the difference negligible. Plus, if you buy the Fly More Combo, that’s still over 90 minutes of flight time for both drones.

Let’s talk about the camera sensor! This is a HUGE upgrade from the Mavic Air 2. The DJI Air 2S has a 1-inch sensor compared to the Mavic Air 2’s 1/2 inch sensor. This is important because the sensor is the true determining factor of the quality of the image. With a sensor that’s double the size, you’ll be able to capture far more data with the DJI Air 2S than you could with the Mavic Air 2. This is especially beneficial when editing your photos and videos in post-production.

The DJI Air 2S shoots video in 5.4k at 30fps, 4k at 60fps, and FHD at 120fps. The Mavic Air 2’s max video resolution is 4k 60fps, but it does have a 240fps option for the FHD on its normal color profile. This is good if you want to take ultra slow-motion shots. HDR images on the Mavic Air 2 are capped at 30fps for all resolutions.

The camera on the DJI Air 2S has three different color profiles; the standard quality is reasonable but there isn’t much dynamic range on the colors, especially when you compare it side by side to the Mavic Air 2. However, the HLG and 10-bit DLog modes offer excellent color range and quality that does look better than the Mavic Air 2.

Both drones have a fixed aperture of f2.8. For still shots the Air 2S has a 20MP camera whilst the Mavic Air 2 can shoot 48MP images.

One big thing DJI has managed to fix with the Air 2S is the camera tilt. If you’ve flown any previous DJI drones, you’ll know that if you switch into sport mode or fly at high speed, the camera tilts into a new position. This can be frustrating if you want to create a smooth shot.

On the DJI Air 2S, however, the camera remains at a zero-degree angle even when hitting speeds of over 40mph. It really transforms the footage, makes quicker shots look more professional, and on a personal note, I’m super excited that they fixed this.

The new DJI Air 2S comes with the upgraded Occusync 3.0 technology which gives you an extra 2km of range vs the Mavic Air 2. The Air 2S has a range of 12km as opposed to the Mavic Air 2’s 10km range. Live view image quality has also increased from 720p on the Mavic Air 2 to 1080p on the DJI Air 2S.

One of the fun new features of the DJI Air 2S is Mastershots. I did have a little skepticism about how well this would come out but it’s actually amazing. It’s easy to set up and once you’re ready, it’ll prompt you that you’re about to do a three-minute video and will start recording.

Check out this video which was automatically created with Mastershots to see what it can do!

The Active Track technology also works great on the new DJI Air 2S but there is a catch. Sadly, it isn’t compatible with 5.4k resolution. So, if the only reason you’re interested in getting the Air 2S is because of the 5.4k videos, you may want to reconsider since Active Track will only be good for 4k resolution and under which is what the Mavic Air 2 already has.

I always recommend getting the Fly More Combo with any of DJI’s drones as it’s worth the money just for the extra batteries. In the Fly More Combo for the Air 2s, however, there are a couple of extra bonuses which sweeten the deal.

Firstly, you get 4 ND filters which are very beneficial especially on sunny days where you need to limit the level of light getting through.

Additionally, you also get the new DJI Smart Controller that has a built-in screen and means you don’t have to take your phone with you and install the app if you don’t want to.

So with the above in mind, who wins?

In my opinion, the DJI Air 2S is the better of the two drones.

I’m always looking to maximize value for money when buying a drone but also want to be sure I’m up to date with the latest tech and have my images and videos reflect that. 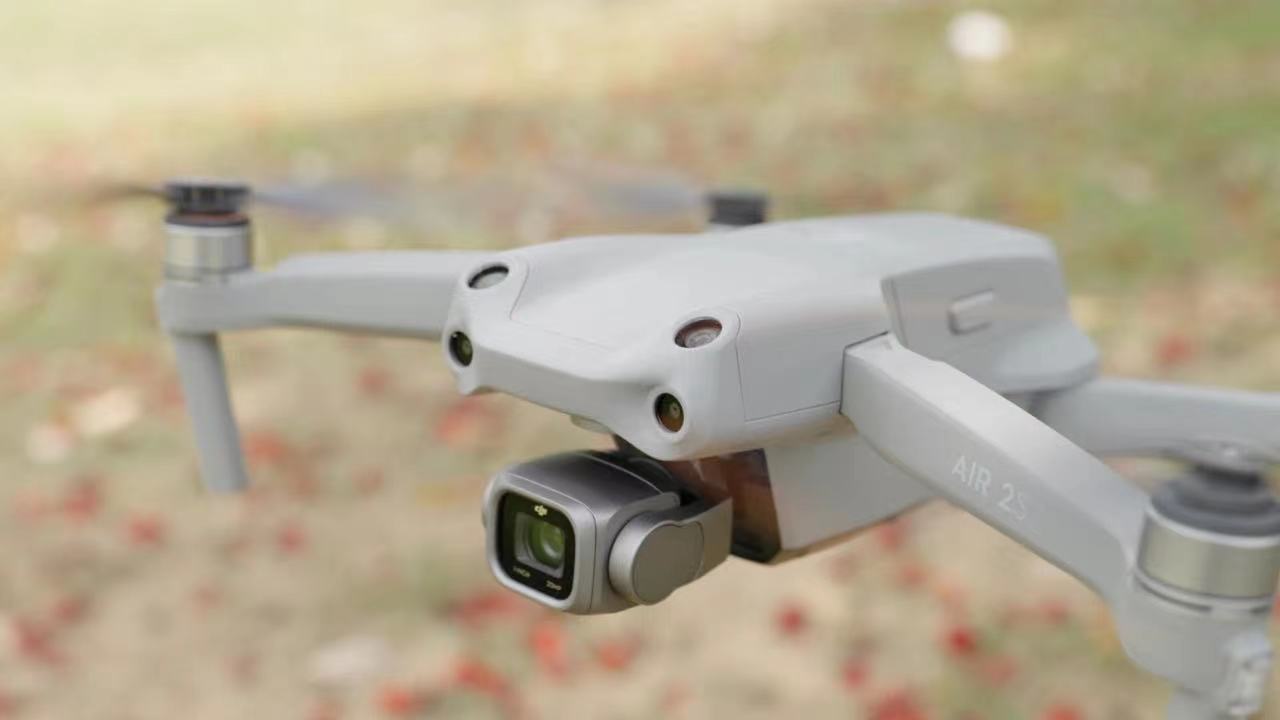 Because of this, I think that the DJI Air 2S is worth the extra $200. Especially when you consider the extra mile DJI has gone to truly deliver a high-spec drone with an impressive camera for less than a thousand bucks.

However, this doesn’t mean that I don’t think the Mavic Air 2 is a great drone.

And, if you want a drone that still has a high-quality spec, is light and portable, and you need to save some cash, the Mavic Air 2 fully delivers.

DJI Air 2S and DJI Mini 2 Comparison: Which One to Choose？