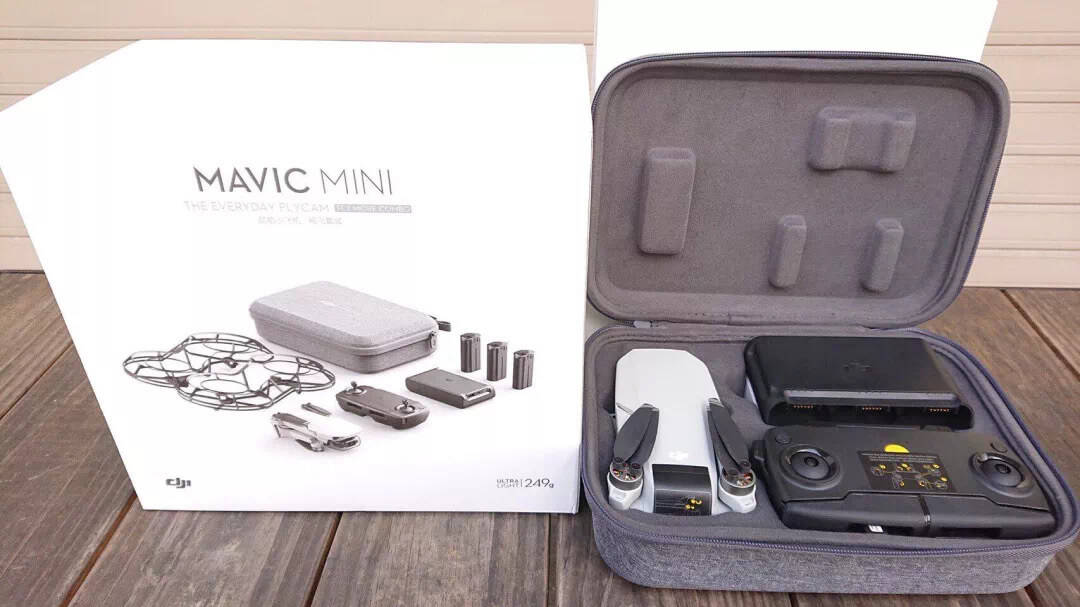 DJI officially dropped their Mavic Mini today after much speculation online. Aesthetically it looks much nicer than the DJI Spark, it’s similar to the Mavic Air but comes in at just half the weight and far more compact.

This latest release from DJI is expected to replace the DJI Spark all together and will be the company’s affordable drone option for hobbyist flyers. At just $399, it has the perfect balance of features you’d expect from a high-quality drone and a great price.

Let’s take a look at the tech specs for the Mavic Mini and see fairs in comparison to the Spark.

The weight of the Mavic Mini (249g) is only a few grams lighter than the Spark; 51g lighter to be exact. However, this makes all the difference for users in the UK because, from November 5th, all drones over 250g will need to be registered with the CAA; even if you’re just a tourist visiting the UK. This weight also falls beneath the threshold for FAA regulations in the USA too. 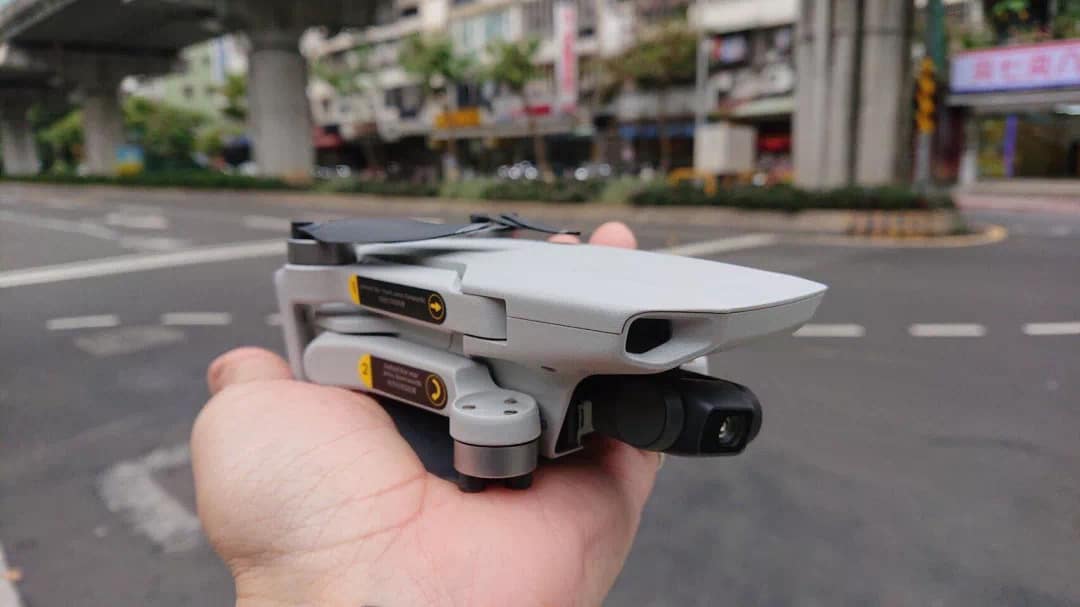 DJI likely took this into account when creating the Mavic Mini. It’s a smart move as people flying drones of this size are likely the kind of people who are doing it purely fun and don’t particularly want to go through the effort of paying for registration and taking a safety test. It’s not really a drone that commercial videographers would use, despite its impressive tech specs.

The max altitude on the Mavic Mini is 3000m above sea level which is 1000 m less than that of the Spark. It’s ideal for flying in many mountainous regions, though you may struggle if you’re flying it in South America.

There is a lot of high altitude terrain across the continent and even if you’re not in the mountains, some towns are at a very high elevation and you may find that the drone doesn’t fly. Nevertheless, if you already own a Spark and that’s worked for you, the Mavic Mini should serve you well.

Though we never recommend flying drones out of your line of sight, having a good range on your drone does help you with bragging rights. The DJI Spark currently has a  2km range but the Mavic Mini has an impressive 4km range – which is the same as the Mavic Air.

Flight time is super important when you’re looking at buying a drone and DJI has managed to slightly increase the flight time on the Mavic Mini in comparison to the Spark.

The Mavic Mini has a maximum flying time of 30 minutes and will hover for 29 minutes. The Spark on the other hand only has a 16-minute max flying time with a 15 minute hover time. This is quite a significant improvement considering the Spark and the Mini Mavic are priced exactly the same. 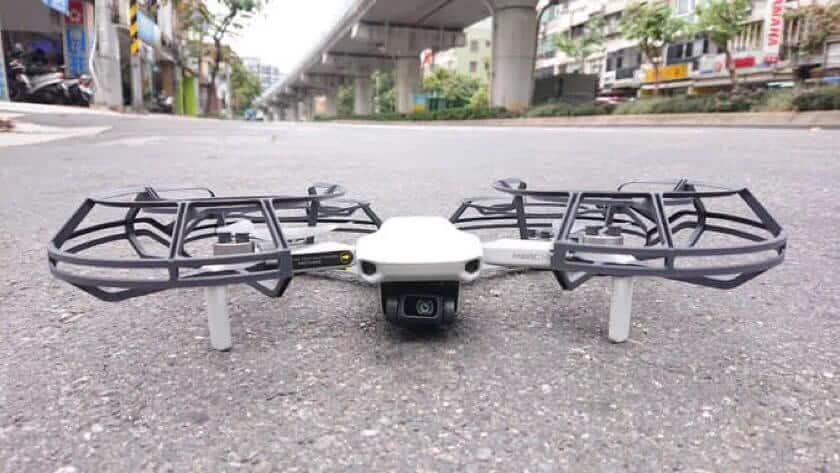 The Mavic Mini can hit speeds of 47 km/h when sport mode is activated which is pretty much the same as the Spark. They also have the exact same descent speed of 3 m/s in sport mode but the Mavic Mini accents quicker than the DJI Spark; 4 m/s compared to the Spark’s 3 m/s.

Having that extra axis will also make a much more noticeable difference when it comes to your footage. The footage captured by the Mavic Mini is more on par with the Mavic Air than it is the Spark.

Which brings us on to the camera…

The Mavic Mini is equipped with the same camera sensor that’s used for both the DJI Spark and the Mavic Air. It’s a 1/2.3” cropped CMOS sensor capable of capturing 12MP images with an aperture extending to f2.6.

Some experts criticize the fact that the camera is only 12MP, but that’s the same as the image quality on GoPro and is actually impressive considering that this drone literally fits in the palm of your hand. 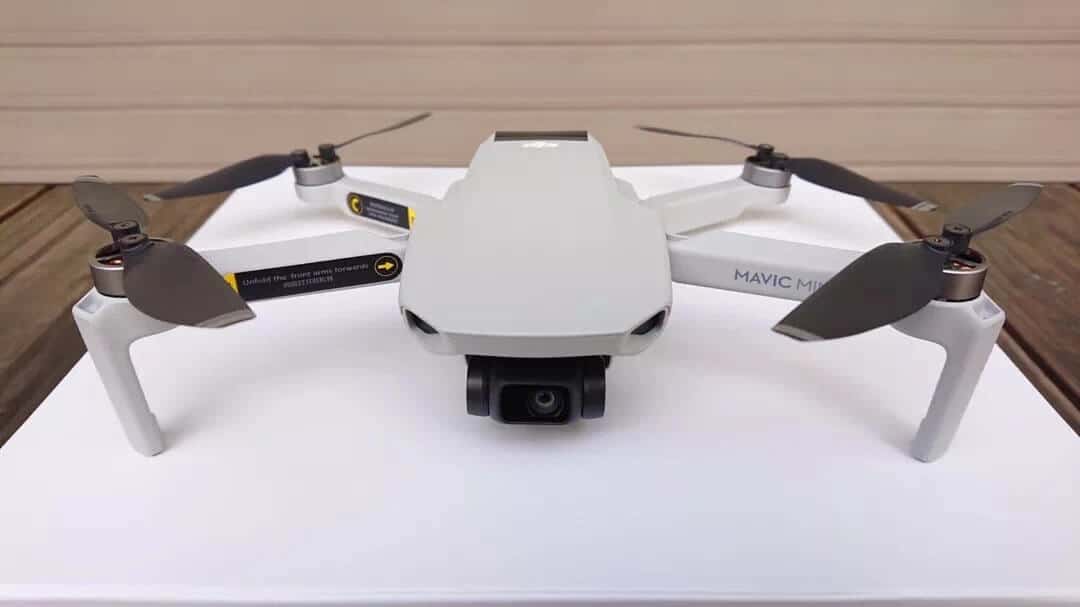 One of my major bugbears, however, is that the Mavic Mini doesn’t support RAW files and only captures JPEG images; if you already have the Spark, then this won’t be too much of an issue for you as the Spark also doesn’t support RAW footage but if you like to retain as much quality as possible for post-production you may be a little underwhelmed.

The ISO range on still-shots is also smaller than on the Spark. The DJI Spark is able to capture images in low light because its ISO range extends from 100 all the way up to 3,200. However, the Mavic Mini’s ISO only goes up to 1,600 for photos. For all video footage, both the Spark and the Mavic Mini has a maximum ISO of 3,200.

I understand, however, why DJI chose to limit the ISO. They want their images to be the best possible quality they can, and the problem is that when you start cranking the ISO into the thousands (especially when you have a cropped sensor) it can seriously affect the ‘noise’ on images. Even on my DSLR I try to keep the ISO under 1,000 where possible.

The Mavic Mini really excels the Spark in terms of its video shooting capabilities. It can shoot 2.7k at 30fps as well as Full HD 1080p at 60fps. The DJI Spark, on the other hand, only shoots video at 1080p at 30fps.

The video quality should be better than the Spark too,  thanks to its much higher bitrate; 40 Mbps as opposed to 24 Mbps.

Don’t have much time on your hands?

Here’s a quick reference guide comparing the main specifications of the Mavic Mini vs. the Spark:

Note: The Mavic Mini has no internal storage and doesn’t come with a micro SD card, check here to learn the best compatible memory cards for Mavic Mini.

So is the Mavic Mini an Adequate Successor for the Spark?

In my opinion, it absolutely is. It’s a significant upgrade from the DJI Spark but doesn’t encroach on some of the better-operating capabilities of pricier drones such as the Mavic Air and Mavic Pro.

For it’s $399 price tag, it’s one of the most feature-packed drones I have seen so far in this price range.

DJI Mavic Mini vs. Mavic Air. Is it a suitable replacement?

4 thoughts on “DJI Mavic Mini VS DJI Spark. Which One is Better?”