Drones are now a photography accessory available to the masses thanks to their newfound accessibility for all budgets. Reuters reports that over 1.3 million of them are registered in the US, 28,000 of which are in the state of Michigan alone.

In this article, we’ll be discussing everything you need to know about the drone laws in the state of Michigan for both commercial and personal use.

Where can I fly my drone in Michigan?

In the state of Michigan, you can’t fly your drone above 400ft, and, just like with other states and counties, certain air spaces are off-limits for drone pilots. Here are the current Michigan drone no-fly zones:

Federal drone law governs every state including Michigan and is covered by section 107 of the FAA guidelines. Everyone who flies a drone weighing less than 55lbs will need to adhere to these guidelines whether you’re a commercial, government, or hobbyist pilot.

The FAA website is incredibly thorough of what is and isn’t governed under section 107, here’s a roundup. If you’re still unsure, their User Identification Tool will help you figure out if you fall under this category.

There are several steps you need to take if you want to fly drones commercially in Michigan.

Flying Drones Recreationally in Michigan and Registering with the FAA

If you’re just flying your drone for fun, you don’t need to do most of the above, but you’ll still need to get it registered. Drone registration costs just $5 and lasts for three years. Once you receive your registration, you’ll need to label your drone with your registration number as you can see in the image below. Failure to register your drone can result in a fine of $27,500.

Note if you’re traveling to the US on holiday and plan on flying your drone, you’ll also need to get it registered with the FAA. 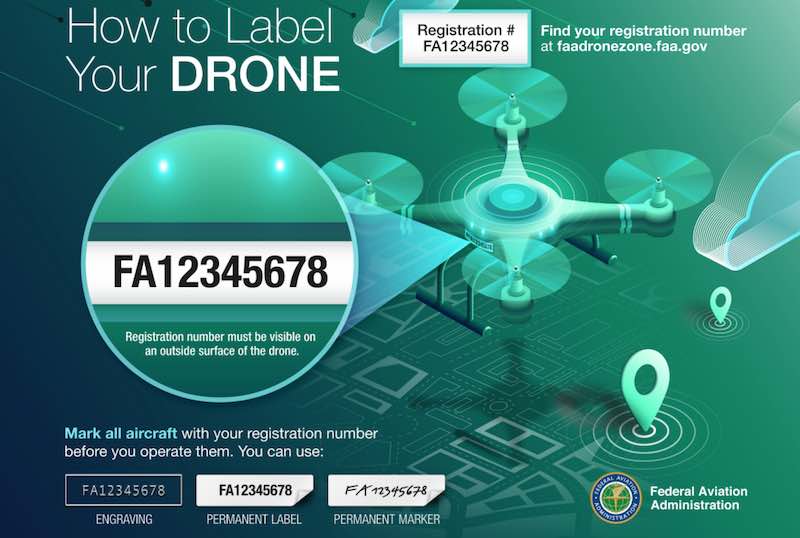 Flying Drones as a Government Employee

If you’re a government employee you’re able to fly your drone under section 107 of the guidelines or apply for a Public Certificate of Authorization.

Besides the federal laws, drone pilots also have to comply with the appropriate state laws when operating a drone too. In Michigan, there are currently two statewide drone laws; SB992 (The Unmanned Aircraft Systems Act), and SB54.

This act permits the following (see this link for more detailed legislation):

The law also prevents the following:

Some areas in Michigan also have local drone laws that apply to specific towns/privately owned properties too. They’re listed out below:

Mt Brighton Ski Resort – Vail state that drones are prohibited for both recreational and commercial purposes.

How to Register a Drone in Michigan

With all these regulations in mind, how do you register a drone in Michigan?

It’s actually fairly simple. Firstly, head over to the FAA website here or straight to their dedicated drone page at https://faadronezone.faa.gov. You’ll then need to either register as a recreational or commercial flyer under part 107.

Remember, if your drone weighs less than 0.55lbs/250g (Mavic Mini owners this is for you), you’re not required to register your drone.

Yes, you can fly your drone in Michigan state parks, but there are a few restrictions, which tie in with some of the state laws we mentioned previously in the article.

According to the Department of Natural Resources, drone pilots should not fly their drones in a way that will knowingly effect staff perform their daily duties, or fly their drone within 100 yards of any historical site or building.

You also can’t fly your drone in state parks if you’re flying your drone for commercial purposes unless you have previously asked for permission in writing.

Finally, you can’t fly your drone over beaches where people are sunbathing, near horse riding facilities, close to restrooms, or near changing areas.

Can I Shoot Down a Drone in Michigan?

No. Even if someone is breaking the law by flying a drone in a prohibited space, or is invading your privacy by flying too close to your home you are not allowed to shoot it down.

If you shoot down a drone you could face lawsuits, and even be imprisoned for up to five years. It’s against federal law to willfully damage or destroy an aircraft according to the Aircraft Sabotage Act; regardless of whether the aircraft is manned or not.

With all the legal things out of the way, we wanted to put together a quick roundup of some of the best places to fly drones in Michigan. Michigan is a beautiful state which deserves to be captured from the air, here are some of our favorite spots: 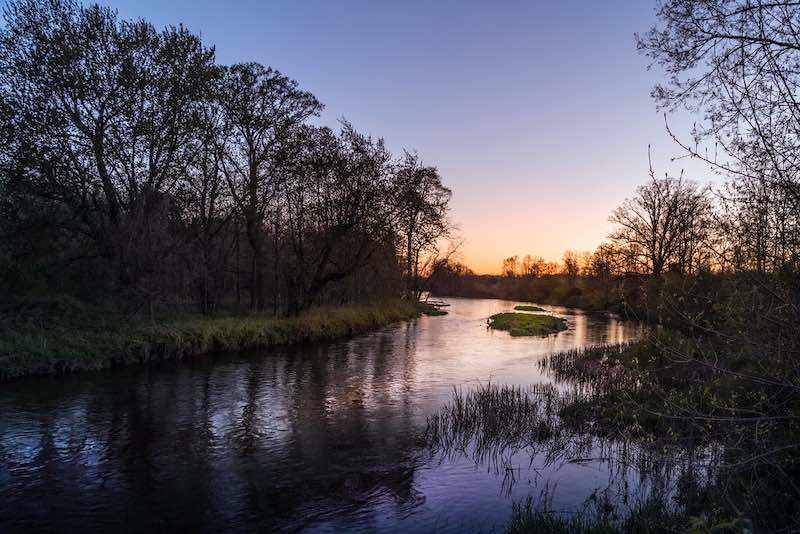 Are There Any Drone Clubs in Michigan?

One of the best online resources for drone pilots in Michigan is the Michigan Drone Club Facebook group which has almost 1000 members posting and sharing their drone footage and tips and tricks.

Several groups also arrange to get together on the app Meetup; though since the Pandemic there haven’t been any events scheduled, we’re sure they’ll start meeting again once everything has settled.

We hope this article covers everything you need to know about the current drone laws in Michigan. However, if you know something more which we didn’t include in the article, or maybe you’re a member of a local drone club? Let us know in the comments below so we can stay up to date.

Drone Laws in Florida 2021: Things You Should Know Before Flying

Drone Laws in Ohio: Federal, State and Local Policies You Should Know

Drone Laws in Georgia 2021: Everything You Need to Know