In this article, we’ll discuss the processes of calibrating a DJI drone’s IMU, Compass, and gimbal to ensure that your drone is functioning as it should.

If you recently purchased your first DJI drone, you have probably heard or read about calibrating it. You may not know what calibrating a drone means and how to go about doing it properly. If this describes you, we’re here to help.

Perhaps the initial setup instructions prompted you to do so. Or maybe you took your drone to a new location to fly and the mobile app is prompting you to calibrate one of the components.

The calibration processes might vary slightly from one drone to the next, but generally speaking, there are several drone components that might occasionally require calibration. These include:

Thankfully, DJI includes on-screen prompts that walk users through the process of calibrating each piece of equipment. Without further ado, let’s get into it.

Why Calibrate your Drone?

It’s important to calibrate these drone components because doing so helps them operate correctly. Simply put, the advanced technology found in consumer drones can get out of whack so to speak from time to time, which can result in undesired performance.

So, you can think of calibration as establishing the correct technological baseline upon which the drone operates.

What Happens if you don’t Calibrate your Drone?

If you don’t calibrate your drone when prompted or when you notice an issue that could be rectified by performing a calibration (more on that shortly), your drone’s performance will suffer. Depending on which component isn’t functioning properly, you could even crash your drone.

Here we’ll talk a little bit about the components we mentioned earlier and what might happen if they aren’t calibrated when needed.

Simply put, a drone’s IMU (some drones have more than one IMU) helps it obtain straight, controlled flight. It contains all kinds of advanced components that can sense the drone’s angular velocity and attitude (how the drone is oriented).

Failing to calibrate the IMU when it’s needed will result in deteriorated flight performance. For instance, it might not fly in a straight line despite controller inputs to do so.

The gimbal is largely what makes the visual magic happen. It provides multi-axis stability to help capture smooth footage and solid photos.

A gimbal in need of calibration is typically characterized by an uneven horizon on the display in your mobile app. The gimbal actually goes through somewhat of a calibration sequence when the drone is turned on, but if that baseline we mentioned earlier was thrown out of whack by an impact or other issue, it might not be perfectly level.

A drone’s compass allows it to determine its position. When this comes into play when you press the Return to Home button on your DJI drone. If the compass isn’t calibrated, the drone will have an erroneous perception of both the home location and the drone’s current location.

How Often do you Have to Calibrate your Drone?

There’s no set rule for how often a drone’s components need to be calibrated. In fact, it’s generally recommended not to calibrate a DJI drone’s IMU or compass unless prompted to do so on the mobile app.

The gimbal, on the other hand, might require calibration even if not prompted to level out an uneven horizon.

What Software you can use to calibrate a DJI Drone?

If you are a Ryze Tello user, you can use the Tello app.

How to Calibrate a DJI Drone?

Now that we’ve briefly discussed the basics behind drone calibration, we’ll walk you through the general calibration process for DJI drones.

But first, it’s important to ensure that a few things are in order. 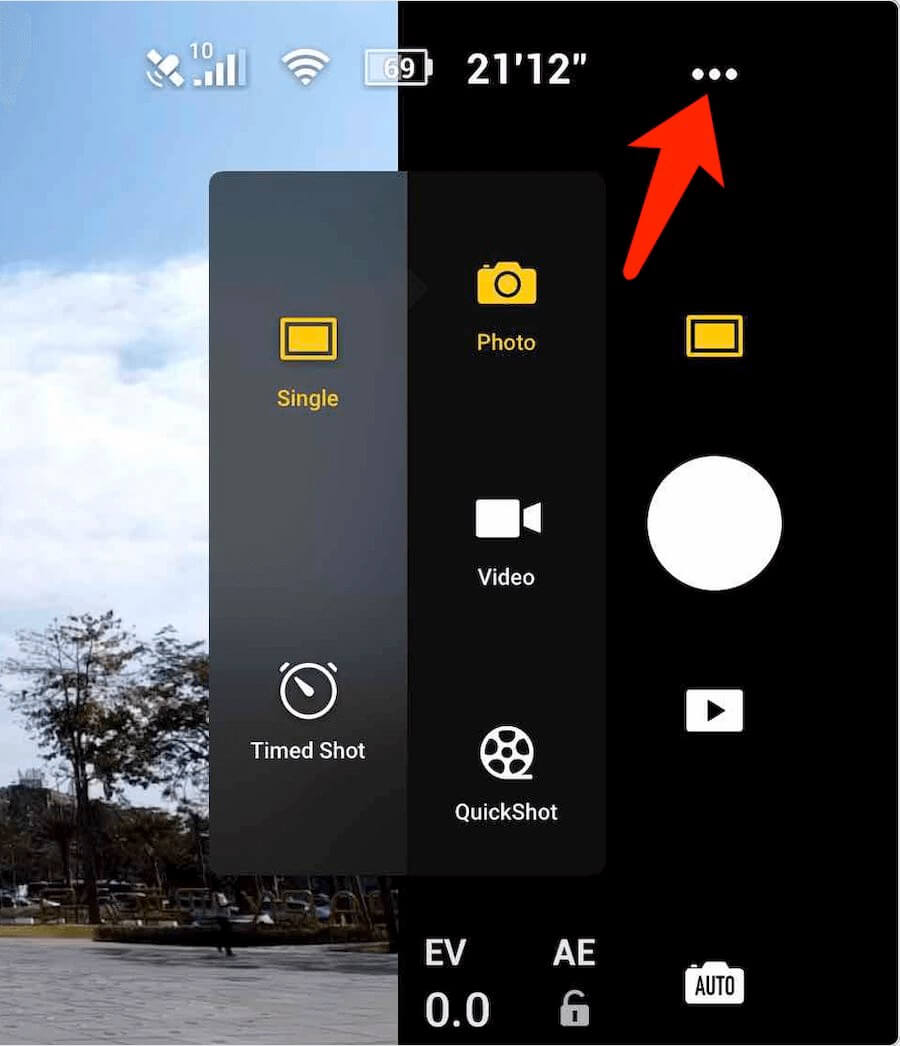 For more details on what is IMU and how to calibrate it, check this guide.

The Compass and Gimbal calibration process are pretty much the same, just follow the instructions below.

And that’s all there is to it! Calibrating the IMU, gimbal, and compass is simple. Every few flights, it’s recommended to take a look at the settings for these pieces of equipment to ensure that they are operating normally. If you notice any performance issues that you think can be traced back to these three components, go ahead and perform a calibration. Fly safe!