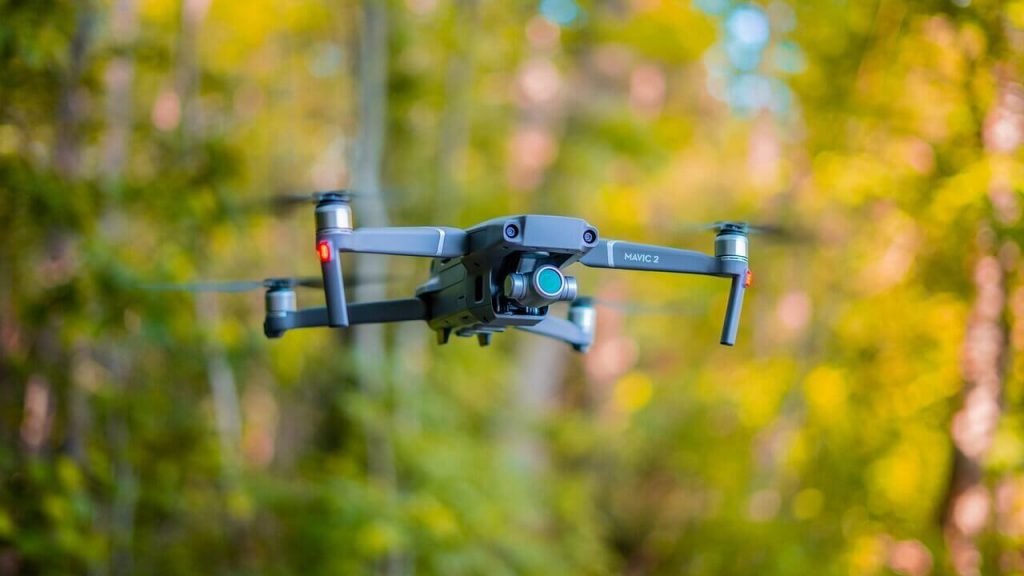 Flying your drone during golden or blue hours can help you capture some amazing scenes. However, due to the limited visibility, it can be hard to keep track of where the drone is. In some countries, you’re even required to have extra lights on your drone if you plan to fly during twilight hours and even need a waiver in the US to operate a drone at night.

This waiver requires drone pilots like yourselves to use strobe lights (or anti-collision lights) so that you can increase your drone’s visibility.

Today I’ve rounded up a list of our top three strobe lights for the Mavic 2 series of drones.

Buying Guide: What to Look for When Buying Anticollision Strobe Lights for Mavic 2

However, since the Mavic 2 has a flight time of 31 minutes, you may want to look for a strobe light with a battery life of at least 2 hours, that way you can change your batteries a few times without having to worry about the lights going out. Having said that, if your light takes disposable batteries, you may want to aim for something with more battery life – just so you’re not constantly having to make purchases. In today’s roundup, all the light’s we’ve included have rechargeable batteries.

You’ll want to purchase a strobe light that’s big enough to be noticeable but small enough so it fits comfortably on your drone. Some strobe lights sit on the arms of the propellors, whereas others sit on the main body of the drone. Obviously, you can get away with a larger sized light if it’s sitting on the body, however, you also need to be wary of adding too much weight to your drone. As a general rule, strobe lights are fairly lightweight, but heavier ones will reduce your battery life as the drone will have to work harder to fly.

In the US, if you’re flying a drone at night, you need to ensure that the strobe lights you have on the drone are visible for at least three miles. However, this only applies to those flying for commercial purposes at present. Nevertheless, it’s always great to have your drone visible to prevent you from losing it in the darkness.

Nowadays, drone strobe lights are fairly easy to install with either tape, mounts, or straps used to affix the light to the drone. All the drone lights we feature in today’s article don’t require too much skill to install as they all use a 3M tape.

Based on the features I listed above in the buying guide, I’ve rounded up a list of the top three strobe light kits you can get your hands on today!

The Lume Cube is a great allrounder strobe light for the Mavic 2 series of drones and was designed for the commercial market so is visible from at least three miles away.

Coming in at just 10g, it won’t have much effect on your drone’s payload meaning you can maximize flight time, and it’s installed to the drone in just a few seconds thanks to the handy 3M Velcro-like adhesive.

You have the option of three light colors to choose from (which are controlled by replacing the colored casing, and the light can flash at a rate of 60 times per second.

It usually lasts around 6 hours per charge and is rechargeable using a micro-USB wire that’s included in the package, so there’s no need to be constantly changing batteries.

If you decide to purchase this light, however, we recommend installing the light on your battery pack, as, if the light is installed on the top of the Mavic 2 drone, it can interfere with the GPS and, can only be noticed by those who are above it. This piece of advice can be taken on board for all the drone lights we’ve featured today.

The Firehouse Technology strobe light is great for someone who’s after a very minimalistic look with a lot of power behind it.

It offers strobe, fixed, and flashing light modes with each LED having standalone controls for activation. The only letdown here is that the button can be a little difficult to press compared to the other two strobe lights featured in this article. It also doesn’t come with instructions, leaving users to decide for themselves where the best placement is on the Mavic 2.

Although some people feel it should have a casing to look better, the lack of it means it weighs under five grams and it still complies with FAA regulations. Personally, I prefer this less bulky style, albeit sacrifices the aesthetic of the Mavic 2.

This drone strobe light is rechargeable with each charge lasting around 6 hours. It comes with a micro USB charging cable.

Just like the other lights featured in this article, it’s attached with a 3M velcro tape which is durable and doesn’t slide off easily.

With the price of this strobe light and terrific user reviews, you’re sure to not be disappointed with the TopSun drone strobe light. It even comes with a money-back guarantee if you’re not totally satisfied.

Visible from three miles away it fits in with FAA regulations and is slightly lighter in weight than the Lume Cube at just over 9g.

It comes with 3.6-hours of battery life and is a rechargeable Lipo battery that fits a standard micro USB cable. The cable provided, however, is extremely short, so if you have a spare, longer wire from your DJI products, you’re probably better using that.

The light is easily mounted using a 3M tape and it comes in a mini carry case that you can easily slip into your drone backpack.

Verdict: Which is the Best Strobe Light for the Mavic 2 Drones

Overall, all three strobe lights we featured today had similar features in terms of meeting FAA regulations, their size and weight, and even their battery life.

What seemed to stand out was the aesthetics. The Lume Cube can look pretty huge, especially if it’s mounted to the arms of the Mavic 2 whereas the Firehouse technology strobe light has no casing and fits well on any part of the drone. However, the lack of casing has put some users off.

What are your thoughts on the strobe lights we featured for the Mavic 2 drone? Did you end up purchasing one? Let us know in the comments below!