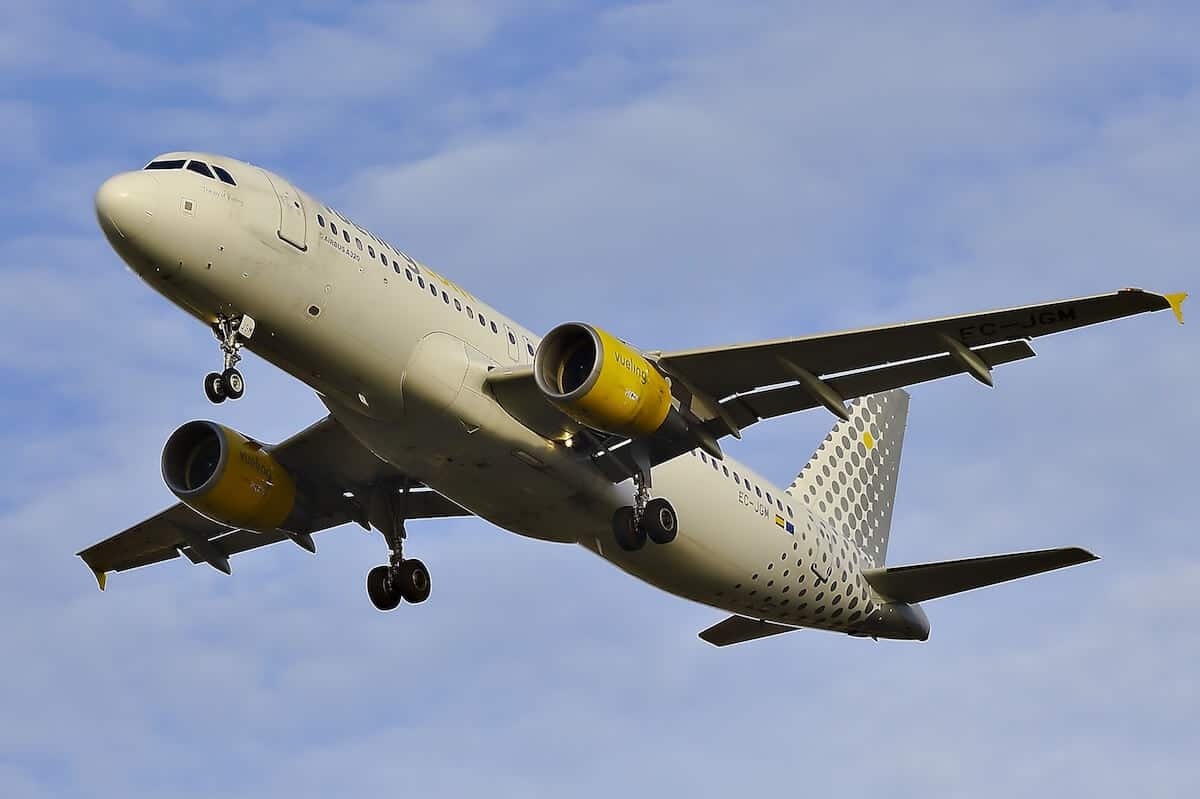 One of the more exciting aspects of owning a drone is having the opportunity to take it on vacation with you to capture the memories. However, a question on many drone pilot’s minds is “can you bring a drone on a plane?”

Many people are unsure about what different airline’s policies are with regards to carrying drones on planes, this is mainly because of their batteries.

In this guide, we will walk you through everything you need to know about flying with a drone.

# Can you take a drone on a plane?

# Essential Accessories for Travelling With a Drone

# Customs Implications When Travelling With A Drone

Can You Take a Drone on a Plane?

The short answer is yes you can! However, airline policies differ and it’s worth referring to them before you travel. We also recommend printing off the policy too so you have a quick reference in the airport; drones are still quite new and sometimes airline/airport staff may be unclear on the specific guidelines. Before travel, ensure your drone is turned off and that it’s secured in a high-quality backpack. Hardcase backpacks work best.

At the time of writing, according to the TSA website, drones are allowed through the TSA security checkpoint in airports. Nevertheless, they recommend you check directly with the airlines about carrying your drone on a plane. It’s also important to note that the ultimate decision is down to the TSA officer on duty and they are allowed to prohibit an item from going through the checkpoint if they deem necessary.

General Guidelines About Drones, Their Batteries, and Taking Them on Planes

The main issue with carrying a drone on an aircraft isn’t the drone itself, it’s the battery inside it.

Before taking your drone on an airplane, some airlines will request that you remove the battery from the drone. Covering the contact points with painters tape is a great extra precaution to avoid shorting too.

As a general rule, airlines are wary of allowing Lithium-Ion batteries in the hold due to the likelihood of combustion. If batteries are carried with you in the cabin they can be monitored in case they short-circuit and catch fire. Only smaller batteries tend to be allowed to be checked in and only if they’re attached to the electronic they’re powering.

Each airline has an individual set of rules pertaining to how many batteries you can carry in the cabin and what size you’re allowed. However, I’ve traveled on many different airlines both domestically and internationally and have carried both a Phantom and a Mavic Pro, alongside other camera equipment and not had a problem.

Both in the United States and across the globe, the usual rule is that lithium batteries under 100 Watt-hours are permitted in both carry-on and checked luggage on a plane. However, each individual airline has their own set of rules and regulations.

If you have a drone with a battery that is larger than 100 Watt hours (but less than 160 Watt-hours) you will need approval directly from the airline to take them in your carry-on. Spare batteries of this size are usually limited to 2 per passenger.

For more information on the FAA’s regulations regarding batteries, click here.

Here we have put together a comprehensive list of some of the major airlines and their rules and regulations when it comes to carrying batteries on board.

Alaska Airlines Drone Policy: According to Alaska Air’s website, your drone can be placed in the hold as long as the batteries are taken out and are carried with you in your hand luggage. All drone batteries must be less than 100 Watt-hours and they recommend that you carry them in a case or bag that fits under the seat in front of you. All connection points need to be covered with non-conductive tape and they recommend that the batteries are not fully charged for travel.

British Airways Drone Policy: British Airways are a little more strict with carrying batteries on their planes. You’re only permitted 4 small batteries and 2 medium (for which, extra paperwork is required). Large batteries are not permitted. You can put your drone in the hold with the battery attached to it as long the drone has either a small or medium-sized battery.

Delta Airlines Drone Policy: Delta has a similar policy to American Airlines and United. No more than 2 medium batteries are permitted and large batteries are prohibited. They can be attached or unattached. You can check your drone into the hold with its battery attached too.

EasyJet Drone Policy: All spare batteries on EasyJet flights must be carried in your hand luggage and be protected from short-circuiting. Spare medium-sized batteries are limited to 2 per passenger and items can only be checked into the hold if they have a small or medium-sized battery that is attached to the device.

Hawaiian Airlines Drone Policy: Hawaiian Airlines allows you to carry 2 spare batteries for your drone and you must either ensure they’re in their original packaging or, tape the ends to prevent them from short-circuiting. They also state that the batteries should be kept well away from metal items including coins and jewelry. 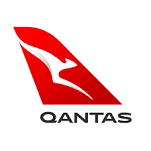 Qantas Drone Policy: There is no limit to the number of small batteries permitted on Qantas flights, but we recommend carrying less than 20. The same applies for medium-sized batteries and they can be checked in the hold as long as they’re attached to your drone. Separate batteries must be carried in your hand luggage. Large batteries are prohibited.

Southwest Drone Policy: Southwest’s battery limits changed at the beginning of 2018 but they’re similar to other airlines. You can travel with up to 20 small-sized batteries and 2 medium-sized ones. Large batteries are prohibited both in the hold and in carry-on luggage.

Spirit Airlines Drone Policy: All drone batteries need to be taken on as part of your hand luggage on Spirit Airlines. They state that the batteries must not exceed 100 Watt-hours (whether they’re attached or not) and though they don’t have a set number of batteries allowed onboard, they state that you should only be carrying a “reasonable number” of spares.

Essential Accessories for Travelling With a Drone

There are a number of different drone accessories to help you transport them more easily. You may just want to use the drone bags that your drone came with, however, they don’t provide the greatest protection and it’s always a good idea to invest in a quality drone backpack.

Hard-shelled cases are a great way to protect all your gear from the general bumps and scratches your drone may encounter in transit. Having individual sections with their own padding helps to protect each component of the drone.

Customs Implications When Flying with a Drone

I have traveled to many countries over the last year with my drone and have had no issues. However, it’s still recommended that you check the laws regarding drones and importing electronics before traveling internationally. For example, when traveling to Argentina, they are very strict on how many electronics you have with you and a large number of electronics could arouse suspicion.

There have also been a few horror stories about people traveling with their drones.

When traveling to Bali in 2016, filmmaker Chafic Saad was ordered to pay $2,000 by Balinese customs as a deposit because they believed he was importing his drone with the intention to sell. Such an incident can be a one-off, as I know many people who have traveled to Bali with drones before. Nevertheless, it’s always better to be prepared for questions from customs.

In some places, it’s completely illegal to fly drones, so we do not recommend bringing a drone to the following countries:

If you happen to bring a drone to any of the above-listed countries, they may be confiscated.

It’s likely that they will have some kind of system in place, however, to retrieve it when you’re boarding your return flight. However, there may be fees associated with storage, taxes, and you may even be charged hefty import fees, despite not technically taking it with you. People have been known to pay hundreds of dollars in import taxes in countries like Nicaragua despite having their drone confiscated for the entire trip.

Rules and regulations change often, and it’s worth doing a quick Google search before travel to see if any countries have lifted or even introduced new restrictions regarding drones.

Drone Laws vary by country and state and it’s a good idea to verse yourself in them before travel.

For example, in the UK, from November the CAA will require all drones over 200g to be registered with them, even if you’re flying recreationally. You will also need to complete a quick test and pay a fee to ensure you know how to fly responsibly.

The FAA in the United States govern the laws of flying drones, you can find their most up to date information here.

In Canada, drones are governed by Transport Canada Civil Aviation (TCCA) and you can check out their current rules and regulations regarding drones here.

We hope we covered everything you may need to know about traveling on a plane with your drone; whether it’s for an international or a domestic flight. Do you have any questions about taking your drone on a plane? Be sure to ask us in the comments below, the team here have traveled across the world with a wide variety of drones and would love to help you out with anything we can!